Cleantastic is a nationwide provider of commercial cleaning services.

We are proud to be industry leaders, trusted by over 8,000 clients across Australia. We offer a 100% Performance Satisfaction Guarantee because we leave nothing to chance: we start with a rigorous franchisee selection process and then back this up with an intensive training program and meticulous attention to detail in everything we do. 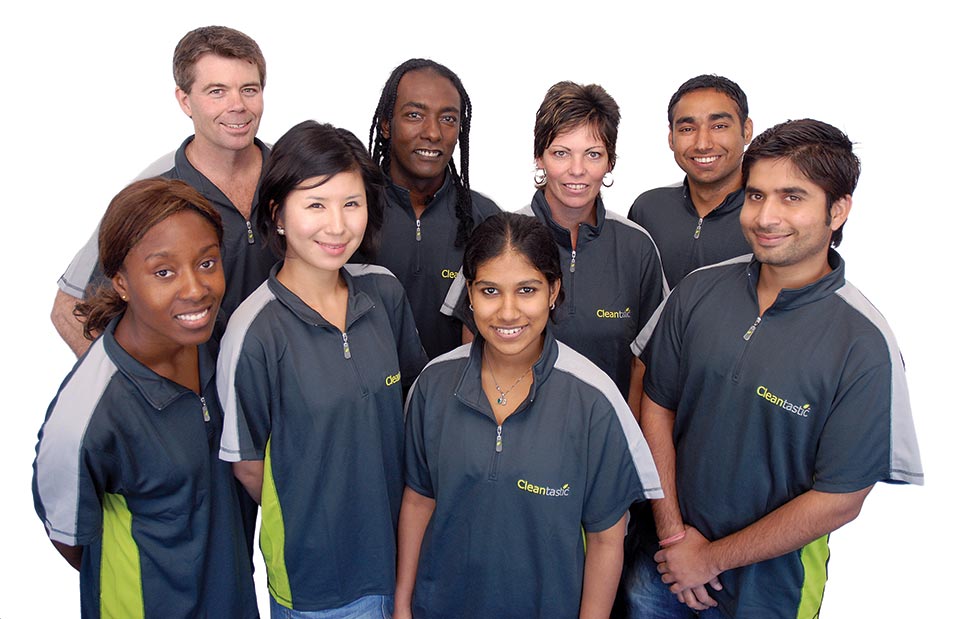 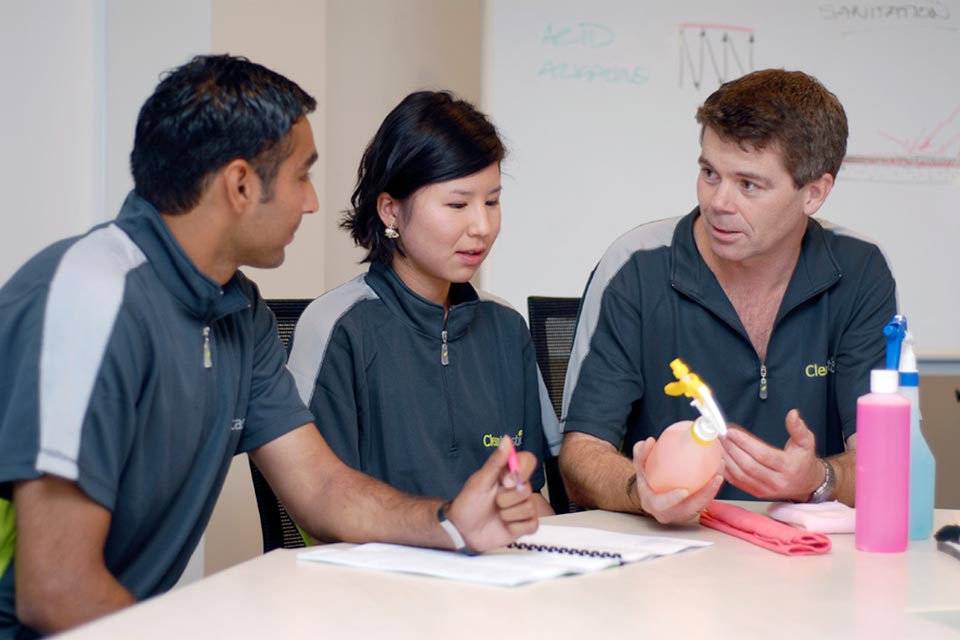 Typically, our cleaners are husband and wife teams who have been selected for their ability to pay attention to the small details, to work as a team and to take great pride in delivering the best possible cleaning results to their clients. Our people become an asset to any organisation, as they consistently deliver a high standard of cleaning on every visit.

All Cleantastic franchisees own their own business. Unlike normal cleaning companies who typically employ lower-paid transient workers to deliver their service, Cleantastic people are all highly motivated, professionally trained owner-operators. Each franchisee has a vested interest in delivering a quality of service to you that builds their business and their reputation.

Back in the nineties in Auckland, New Zealand, a man named Stu Beadle saw an opportunity for decent cleaning, so he did a bit of testing and started a franchise which quickly grew to 20 franchises.

He decided the land of kangaroos and koalas held much promise, so he flew over the ditch and brought some Aussies along for the ride. He thought his franchise system was fantastic at cleaning so decided on the name Cleantastic!

Along the way, he granted the rights to some fantastic people to let them grow their areas, for example, Mark Gilbert, the first NZ Master of Cleantastic and now the owner of Select. John and Teresa Gill, the Melbourne East and Adelaide Master Franchisees, and Frank Maxwell, the Scotsman and Master Franchisee for Melbourne West, Sydney, Perth, and Brisbane. These Master Franchisees have all sold a lot more franchises and are growing and growing. 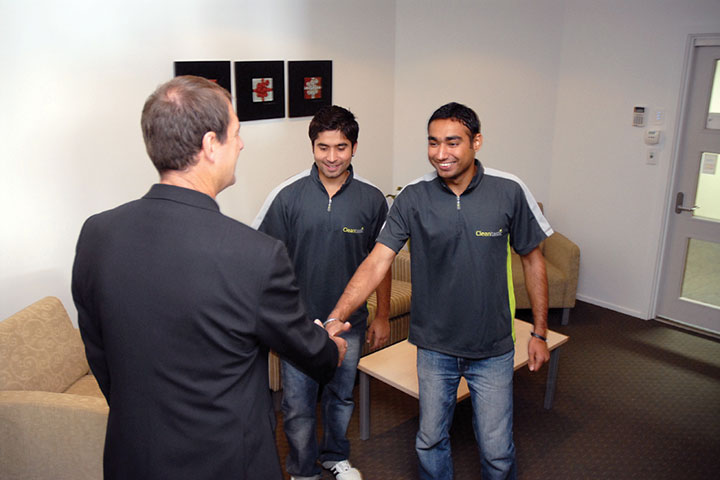 Cleantastic services customers from Invercargill to Geelong. Customers choose Cleantastic because they don’t have to sign their life away with contracts, know they will have cleaners that care, and feel confident with our performance guarantee. Read about what our customers say here.

Now the ‘tastic empire consists of over 900 franchisees! Franchisees love Cleantastic because of our Performance Guarantee, professional training, and ongoing support. Stu is always looking for franchisees, both country and masters. So, if you’d like to be part of our story, get in touch; we’d love to hear from you.

Cleantastic is a nationwide provider of commercial cleaning services. We are proud to be industry leaders, trusted by over 8,000 clients across Australia. Our over 900 franchisees are highly motivated, professionally trained owner-operators who truly care about their clients and service outcomes. If you’re looking for a commercial cleaner or to launch your own cleaning business, contact Cleantastic today. 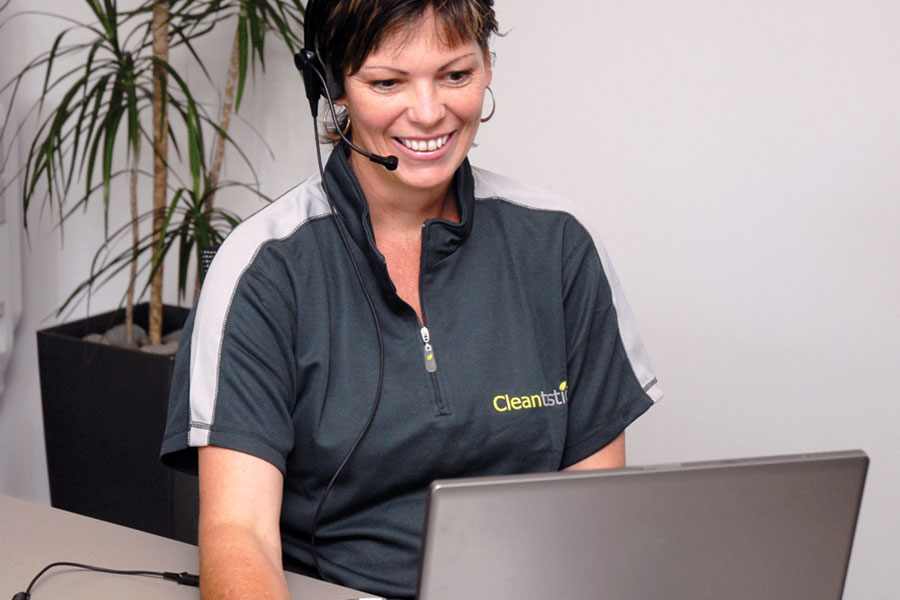 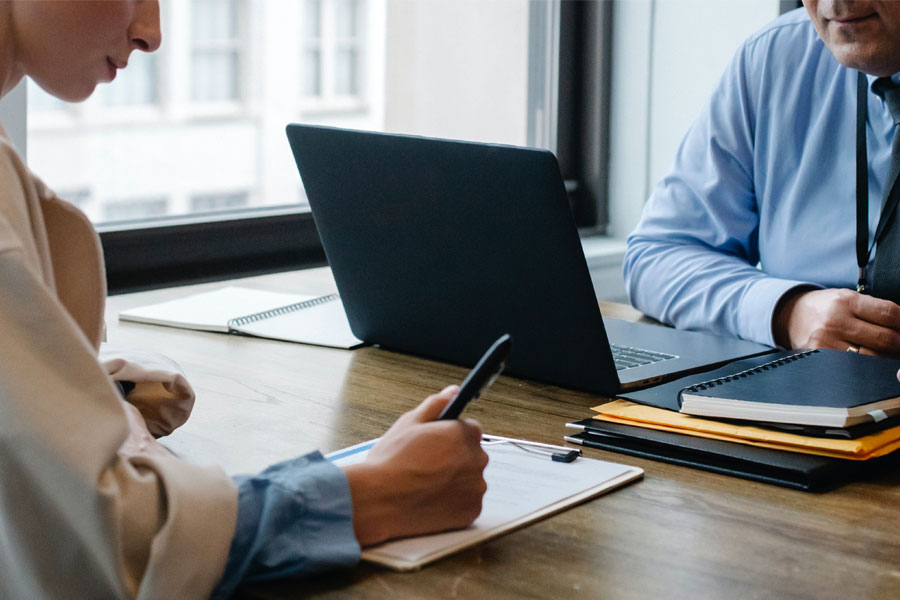 Learn more about joining the Cleantastic family as a franchisee.
Learn More